15 years ago, as the Taiwan public relations was just starting, the then less than 30 year old June Yu, opened STARFiSH in Shanghai and Taiwan, then two years later she began focusing on the Taiwan market, but with her astrological sign of Leo type outgoing and gregarious personality, she said: “Even though I was in Taiwan, I still wanted to engage in internationalization”.

“Make a difference!” is June Yu’s workplace motto, and since becoming her own boss, this phrase has inspired her core operations management principles, from her early efforts in Beijing’s Chongwenmen Red Gate Gallery and City Walls for the first Estee Lauder Pink Ribbon Evening Gala, to a major Hsin-Yi District in house New Year’s Party, to this year’s New Year’s celebration of the marriage of Japan and Taiwan table tennis stars Ai Fukuhara and Chiang Hung-Chieh, and the recent launch of mainland Chinese entrepreneur Xiaofei Wang’s S Hotel, to the successful invitation of the most popular 11 Chinese celebrities for the party inauguration of Taiwan operations for Singapore’s fashion brand Charles & Keith.

Each of these events have impressed the Chinese style community, and June Yu has continually revealed not only her and the company’s outstanding operating capabilities, but also ensured that every partner client working in conjunction with them whether in boutique goods, style, cosmetics, banking, automobiles, and wine and spirits industry leaders, has synergistically helped engage in win-win learning from each other.

While having previously worked at NINE WEST and Lancome, and other American and French firms, June Yu nevertheless laughingly remarks that her own management style remains resiliently an essentially Taiwanese one, though with influences from American and French approaches. She takes care to ensure her employees capabilities, for example, public relations personnel must be able to prepare their press releases and successfully interact and engage with clients and the media, while also employing appropriate decorum. However, she also empowers her employees to enjoy American style management with space for frank and open comments and discussion, whether about innovative concepts, or seeking their own interests. She is also very French, emphasizing much attention to detail.

Do not dream about over night success

June Yu emphasizes that her most essential demand for employees is “honesty”, because as soon as one has lied, then they must use additional lies to cover for their prevarication. Thus, in the industry with her reputation as the “Queen of PR”, she most often shares with employees and youth about the need in the workplace to emphasize the practical results, and never dream of overnight success, or changing jobs every two or three years, because while in the short term you may not appreciate the difference, after reaching 30, 40 or 50 years old, the results will be appreciable indeed. “It is especially important not to emphasize short term benefits at the expense of long term gains”, says June Yu.

June Yu noted that in her recent collaboration with the talented French designer Philippe Starck, who is now 68, remains a world class and highly desired designer sought out for projects worldwide, and when asked how long he had worked? The answer was: “50 years.”

Also, Bo Burlingame’s Small Giants: Companies That Choose to Be Great Instead of Big, has had a major influence on June Yu. June noted that the greatest inspiration she took from the work was that operating a business is not about the size of the business, but whether you can assiduously endeavor to deliver your unique characteristics and style.

This is how her company, STARFiSH has continued to engage in innovation and creativity for diverse and international operations, earning widespread industry recognition, and being seen among her peers as an outstanding and leading firm in the field.

Besides enjoying reading, June Yu also loves sports, earning her additional renown in the industry, for example through participation in marathons, horseback riding, MuayThai and boxing, none of which could best her. She remarked, sports can help distract one’s attention and reduce stress, while also helping one feel happy, then when returning to work one is more steadied, and over her twenty years in business, she has found exercise to be the biggest key secret to maintaining her dedication and enthusiasm.

Also, exercise and sports ensure that June Yu enjoys more interpersonal engagement, allowing her to reduce any social distance with stakeholders and peers.

But, June Yu also deeply believes that work is only temporary, and this motivates the manner in which she engages sincerely with others, treating clients as friends and family. She enjoys gaining much from interactions with observing others, and learning from their strengths. For example, from Xiaofei Wang, June Yu learned about the attitude and attraction of Chinese entrepreneurs, or how the Hong Kong billionaire Xiaobo Ji can hold his child in one hand and talk on a smartphone in the other, both loud and calm, or the humble presence of the “King of the Martial Arts” Jet Li, or Will Smith’s son, Jaden Smith, who has had a great character education at home, all of whom have left major impressions on June. 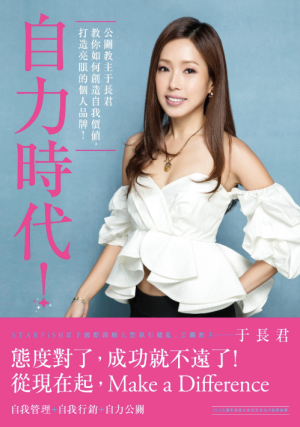